HISTORICAL
SORORITY
INITIATIVES Through the Years 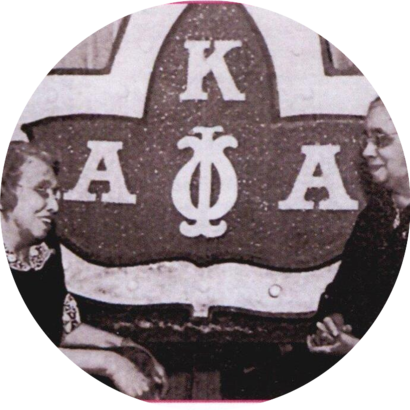 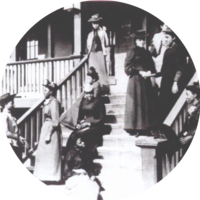 Alpha Kappa Alpha was founded January 15, 1908, at Howard University’s Miner Hall in Washington, D.C. by Ethel Hedgemon Lyle and 8 other collegiate women. “By merit and by culture” embodies the ideals for Negro progress with the official colors as salmon pink and apple green. 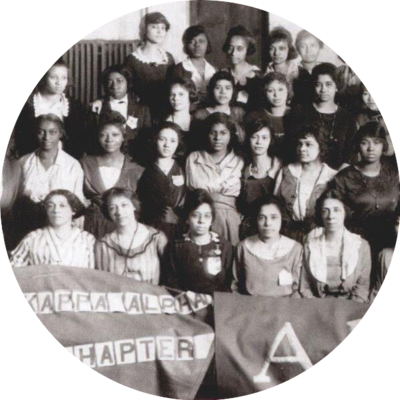 Nellie M. Quander led the effort to incorporate Alpha Kappa Alpha to maintain perpetuity on January 29, 1913, alongside Norma E. Boyd and Minnie B. Smith. This incorporation gave AKA license to broaden its service concept and multiply its offerings through subordinate chapters. By 1921, AKA had established the first ten undergraduate chapters. In 1915, AKA held its first public political action conference with Illinois Congressman Martin B. Madden, a human rights activist as the speaker. 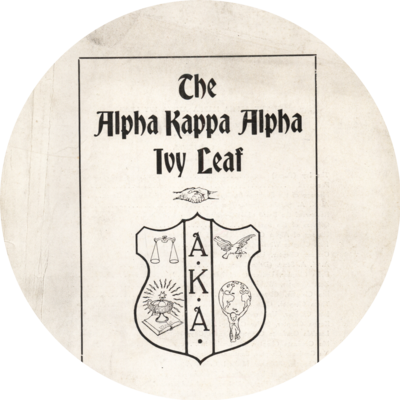 The first volume of the Ivy Leaf was published in 1921 as a quarterly and “the official journal,” archiving records through the years. In the same year, the Sorority sent a telegram to President Warren G. Harding urging the present administration use its influence for the passage of the Dyer Anti-lynching Bill. In 1928, Alpha Kappa Alpha established the Ethel Hedgemon Lyle Fund for: sorority housing, educational loans for members, and the “sinking fund.” 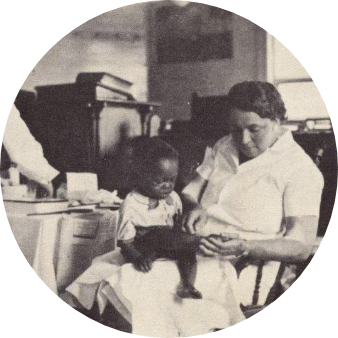 In 1934, The Mississippi Health Project (MHP) was a Great Depression era public health initiative sponsored by Alpha Kappa Alpha. The project aimed to provide proper health care to the African American community in the Mississippi Delta that often-lacked access to proper health care. The MHP is called AKA’s “most widely known expression of social responsibility,” which immortalized AKA as a national organizational force. In 1939, Alpha Kappa Alpha became the first organization to take life membership to the National Association for the Advancement of Colored People (NAACP) earning another distinction as a trailblazer for AKA. This inspired other Greek organizations to join with the NAACP in their fight for justice. 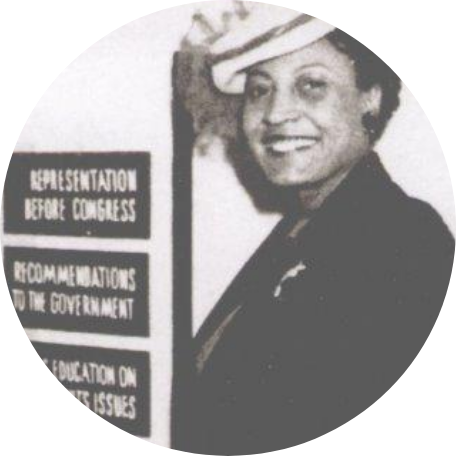 In 1947, AKA united with other Greek organizations to form the American Council on Human Rights (ACHR) which brought together a coalition of more than 50,000 troops in the war against racial discrimination and inequality. 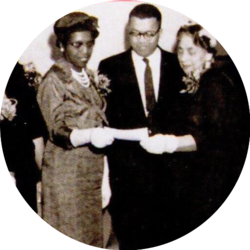 During the Golden (50th) Anniversary, Alpha Kappa Alpha took a giant step “forward to a new era of service” with a donation of $15,000 over time for research studies on sickle cell anemia. The project, titled, “The effect of Sickle Cell Anemia Upon the Growth, Development, and Nutritional Status of Children,” was conducted at Howard University College of Medicine and published as “The Sickle Cell Story.” A year later, Alpha Kappa Alpha entrusted the initial $38,000 investment from its program endowment fund to Special Marks, Inc. the first and only Negro firm in the Wall Street area. This signaled AKA’s continuing support for Black businesses. 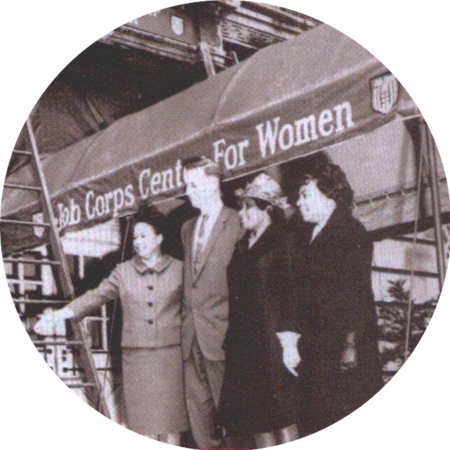 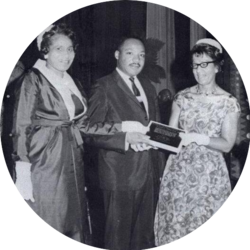 Dr. Martin Luther King, Jr. attended the 1964 National Convention in Philadelphia where he received the first Anna Eleanor Roosevelt Medallion of Honor from the 16th International President Julia B. Purnell and 15th International President Marjorie H. Parker. Later, Mrs. Coretta Scott King was made an Honorary Member of Alpha Kappa Alpha Sorority, Inc. Alpha Kappa Alpha awards honorary membership only to women who have made significant contributions to the world. On February 12, 1965, AKA secured a $4 million contract from the Office of Economic Opportunity (OEO) to operate the first Federal Job Corps Center for women. The training center in Cleveland, OH provided education and job training for 325 young women between the ages of 16-21. 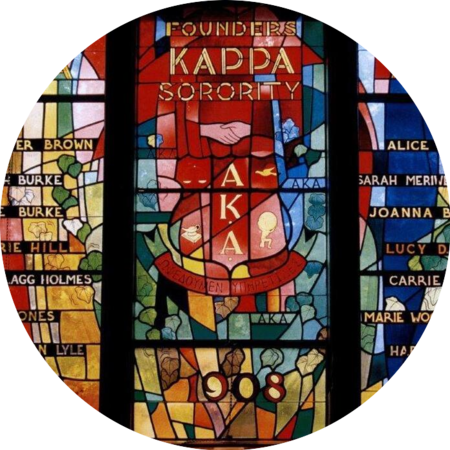 Alpha Kappa Alpha made its first installment of commitment in a $500,000 campaign for the United Negro College Fund (UNCF) and in 1978, the Alpha Kappa Alpha Founders’ Window was installed in Howard University’s Rankin Chapel as part of the 70th anniversary celebration. 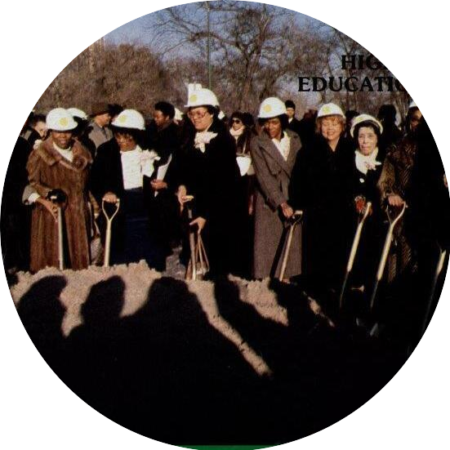 The Alpha Kappa Alpha Educational Advancement Foundation, a multi-million-dollar entity that annually awards more than $100,000 in scholarships, grants, and fellowships was established in 1980. 1982 – Alpha Kappa Alpha breaks ground for the Corporate Office at 5656 South Stony Island Avenue. The City of Chicago subsequently named the adjoining street Loraine Green Way in honor of 2nd International President, Loraine Green. The Sorority formed a partnership with Africare named the African Village Development Program. The initiative was designed by Africare to facilitate sponsorship of small scale programs in Africa with the mission to improve the quality of life in rural Africa. AKA’s unparalleled support earned Africare’s 1986 Distinguished Service Award. By 1990, more than 250 AKA chapters adopted and more than $100,000 donated. 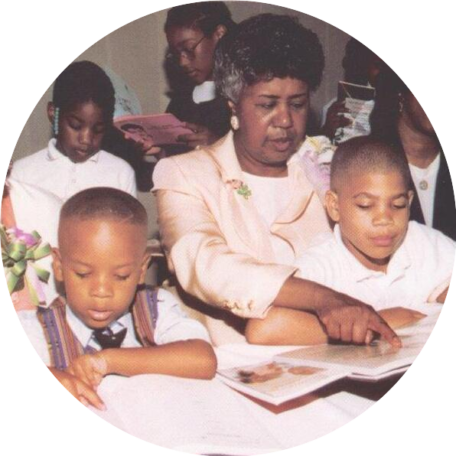 In the 90s, the Sorority focused on the Black Family, partnering with the American Red Cross to attack AIDS in the African-American community, and launched a campaign to add minorities to the National Bone Marrow Registry. 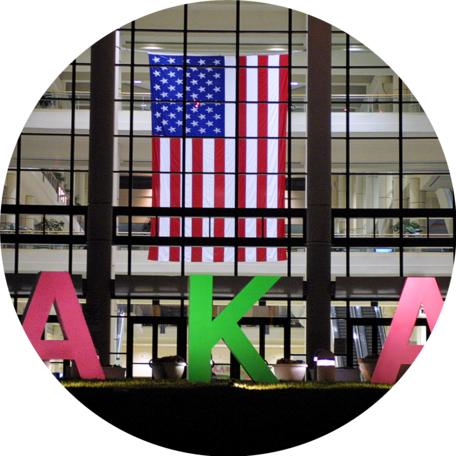 Alpha Kappa Alpha celebrated 100 years of sisterhood and service in Washington, D.C. during the 2008 Centennial Boule. The 25,000 members and guests who converged for a week of activities set a record, and the banquet earned top place in the Guinness Book of Records by serving 16,206 meals. This celebration was the first Black women’s group to mark a centennial, the first organization to have Pennsylvania Avenue closed for a march to the Capitol, and the first women’s group to have a Barbie created in its honor. Known as the African Ivy AKAdemy Program, the Sorority expanded its African presence by building 10 schools in South Africa and sent 40,000 shoeboxes throughout the nation. 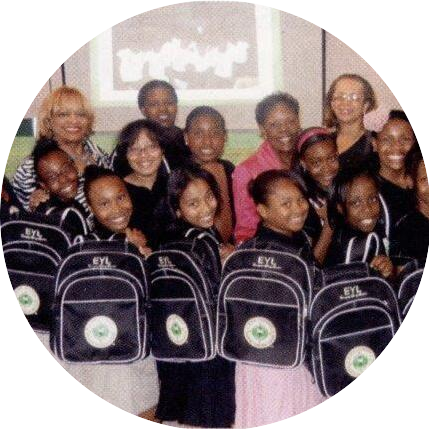 Between 2010 and 2014, the “Emerging Young Leaders” Program developed the skills and talents of middle school girls in grades 6-8 with potential for becoming leaders within their local communities. In 2018, the Corporate Office Renovation Team (CORP) developed a process and timeline for the completion of a new design and renovation of the Ivy Center. Construction commenced in October 2016 and the project was completed at the end of 2017. On May 4, 2018, the Ivy Center Ribbon Cutting and Open House was held in Chicago, IL where the modern, newly-designed and renovated structure was unveiled. 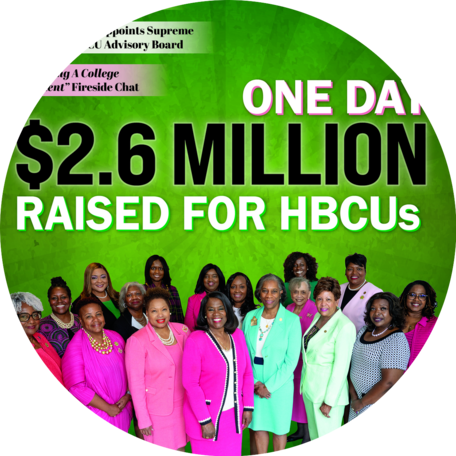 $2.6 million raised for HBCUs in one day with an AKA Endowment Fund at every HBCU in this country. This means in perpetuity; AKA has provided funds for students of this generation and the next that provide access to higher education.