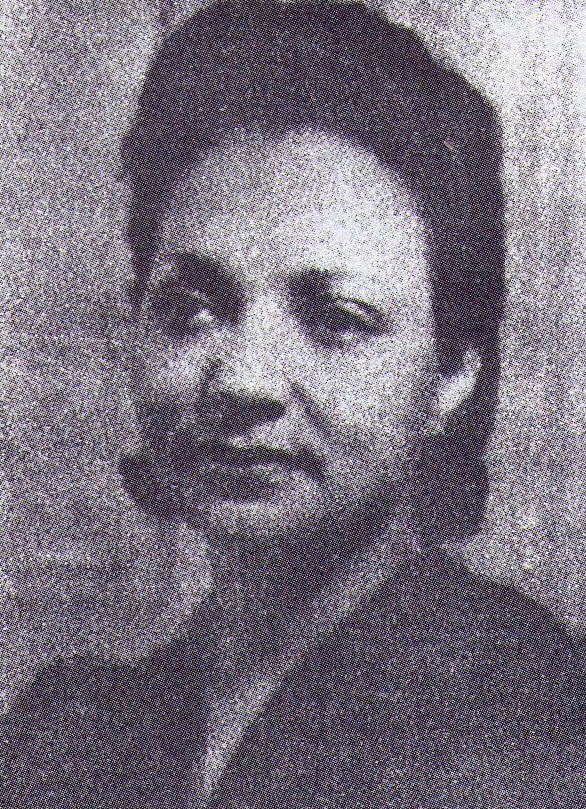 Carolynne Payne’s tenure continued to see and embrace change in the sorority. During her term, Gamma House talks would begin. In addition, the sorority, reorganized and adopted the designation of Regional Director and defined their roles as per the Boule.

Murray B. Adkins was the first to be elected with the title of Regional Director. Althea Merchant Simmons was elected Central Regional Director in December 1927 and served until 1930. Blanche Hayes Clark served as Central Regional Director from 1930 until 1936. Under her leadership, the first Central Regional Conference was held, May 23-24, 1931 in Indianapolis, Indiana. During her first year in office as Central Regional Director, Alice E. McGhee Smart visited all of the chapters located within the region except Alpha Mu Omega and Kappa Chapters. She initiated the first Central Region Awards to stimulate and encourage civic and community interests and scholarship among undergraduates.

Arlene Jackson Washington was elected Central Regional Director at the 20th Boule in New Orleans, Louisiana. During her term, the deed to Gamma House was transferred to the national body.

Blanche L. Patterson was elected Central Regional Director at the 23rd Boule in Kansas City, Kansas. The conditions of World War II caused the cancellation of the 24th Boule in 1942. As a result, Blanche L. Patterson served as Central Regional Director until 1943. She also presided over three Regional Conferences which had themes that addressed defense issues emanating from the War. Maenell Hamlin Newsome was appointed by the Directorate in 1943.Under her term, all chapters observed Founders’ Day and Negro History Week. During her time in office she stressed the following:
1. Improvement of scholarship (grades) on college campuses.
2. Improvement of sisterly relations everywhere.
3. Better program planning in graduate chapters and consideration of having auxiliary groups in graduate chapters.
4. Greater assistance of retiring officers for newly elected officers.
5. Realization of Graduate Advisors of their authority and responsibility for their undergraduate chapters business, social activities and procedures.
6. More publicity of chapter activities and the achievement of chapters and individuals. Lucille Wilkins brought to her administration a commitment to the National Programs of the sorority. The Central Regional Conferences under her leadership, emphasized the
National Non-Partisan Council on Public Affairs, the American Council on Human Rights, the sorority’s endowment fund, health, and Gamma House.

Evelyn Roberts was elected to the position in December 1950 and served until December 1954. It was during the early fifties that the states of Wisconsin, Illinois, Indiana, Kentucky, Minnesota, North and South Dakota and the City of St. Louis would be designated as Central Region. Annetta Molten Lawson was elected Central Regional Director at the 50th Boule. Her administration was guided by the National Program theme, “Assessing the Strength of Alpha Kappa Alpha for Future Investment for Service”. Ordie Amelia Roberts was elected Central Regional Director in 1966. During her administration the idea of a chapter “Round-Up” as a reactivation method, was introduced. She presided over the 33rd, 34th, 35th, and 36th Central Regional Conferences and chartered eight chapters. She holds the distinction of having chartered all of the undergraduate chapters starting with the Greek letter Epsilon in Central Region. She had a down-to-earth, no-nonsense approach to solving problems of the region. 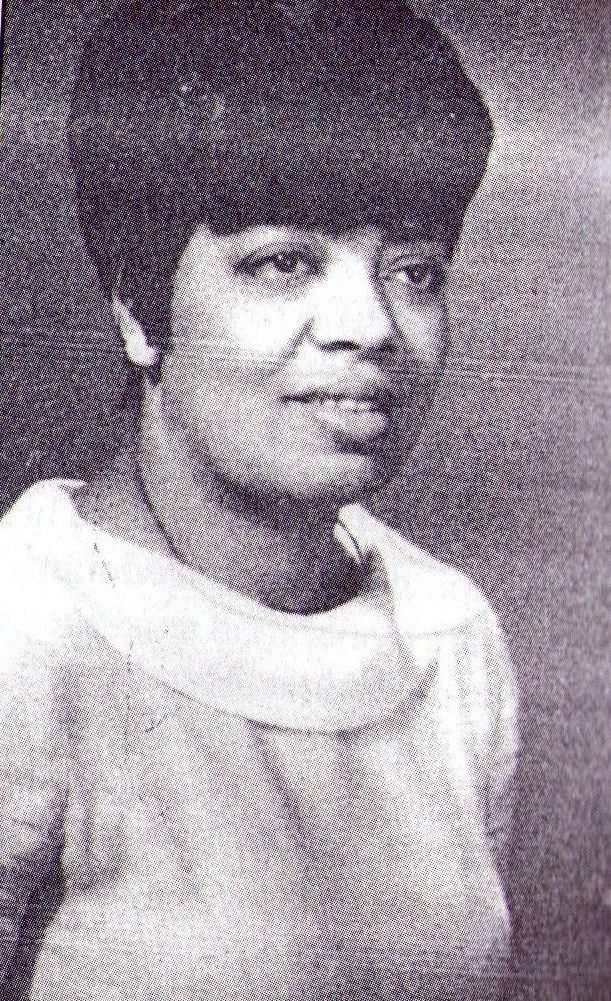 On the first Saturday in December of each year, she held a “Basileus-Graduate Advisor’s Work-Day” These sessions were for program planning, chapter procedures, awareness and fellowship. 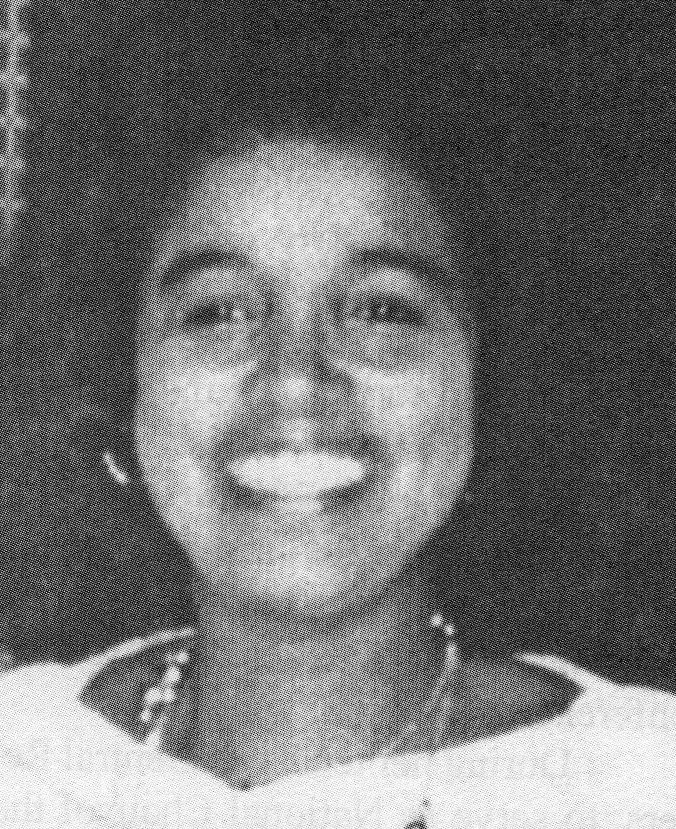 Gloria E. Smith Bond was the first minority to hold an elected office in the State of Indiana. She also wrote the first Protocol Guidelines in 1976 and also established the Graduate Advisor’s Council and gathered historical data from all past Directorate members in Central Region to form a past Regional Directors’ Council that functioned as a committee. To help undergraduates prepare for group meetings, Gloria Bond conducted the most area retreats on college campuses with undergraduate chapters as host. She honored past Directorate members at Regional Conferences and extended the first gratuitous registration for these members. She was first to include the cost of awards in the conference budget and named awards in honor of former Regional Directors. To increase membership, she established two Regional Awards — one for the highest percentage of undergraduates transferring to a graduate chapter upon graduation and another for highest percentage of membership reactivation in a graduate chapter. 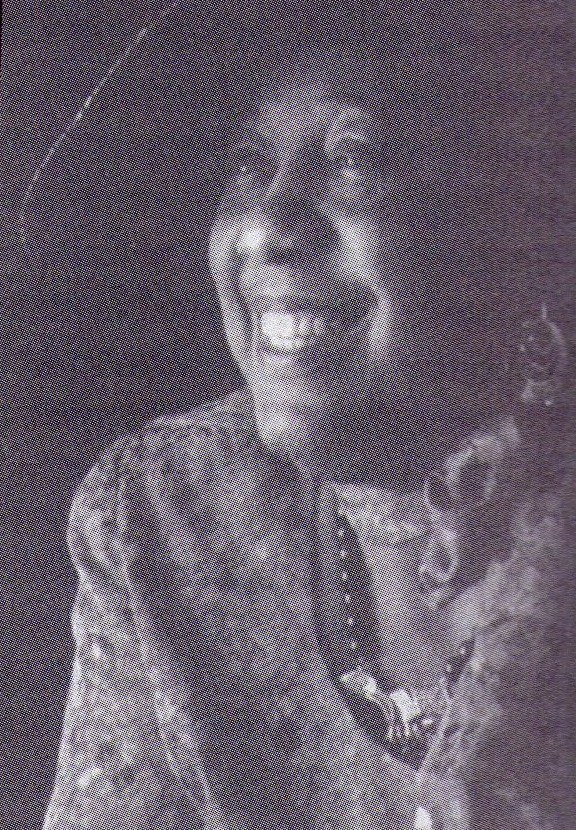 A promise of power and collaboration, sisterliness and mutual support between members and chapters was the motto by Mable Cason. To quote her, “We are a sharing, we are a caring, and we are a loving sisterhood.” She emphasized the importance and necessity for closer relationships and open communication between undergraduate and graduate chapters.

Highlights of her Regional Conferences included the adoption of the Gamma Omega choir as her official performing group, developing an open forum for the Regional Director and initiating the VIP breakfast. She stated in one of her reports, “My strength, if I have any, I think is not on the building of new chapters that is in saying let’s start another chapter, but in reclaiming members.” Due to illness, she was unable to preside over her final conference. On her election as the 21st Central Regional Director, Loann Julia Honesty King, pledged to execute the responsibilities and duties of the office with tenacity, loyalty, dedication and sisterly love. She fulfilled her pledge and brought a rejuvenated vision, a deeper understanding of the sorority’s organizational structure, and an exciting innovative and creative style to the region. Loann King promoted equity, fairness and sisterly cooperation by using skills, talents, and expertise of the membership. She introduced the Chapter Roll Call and titled the Regional Director’s Report as the “State of the Region Report.” Chapters were kept informed via 30 issues of the Central Times and instructed in correct chapter operations and procedures at 20 Area Retreats. She has authored three editions of “The History of Central Region – Pledged to Remember.” During the administration of Yvonne Perkins, three chapters were chartered —Pi Lambda, Pi Nu, and Tau Gamma Omega Chapters. She established the Regional Basileus of the Year Award for each undergraduate and graduate chapter, published the Central Region Directory and established a regional fund to provide matching funds for undergraduate chapters as they submitted the chapter Corporate Office Improvement Project (COIP) Assessment. During Martha Perine Beard’s tenure her commitment to ensure that Central Region was “second to none” was evident as the region carried out the national program theme, “Building the Future: Making the Net Work.” She kept communications open by disseminating information to the region through her newsletter, chapter visits and 22 area retreats. In addition, her leadership brought to the region a renewed sisterliness. Her first Central Regional Conference was convened in her hometown, St. Louis, Missouri in April 1995. During that same month, she chartered Rho Lambda Chapter at Indiana Institute of Technology. In 1997, she chartered Upsilon Mu Omega Chapter, Milwaukee, Wisconsin. Each of her three regional conferences — 61st in St. Louis, Missouri, 62nd in Louisville, Kentucky, and the 63rd in Chicago, Illinois — were informative, entertaining, and allowed for engagement in sisterly fellowship.

Peggy Jean Lewis LeCompte was called upon to serve as the 24th Central Regional Director to complete the unexpired second term of Martha Perine Beard who due to career advancement was relocated to Memphis, Tennessee.

Peggy Lecompte graciously and effectively accepted the torch and her incomparable leadership was demonstrated as she planned and executed the 64th Central Regional Conference in Indianapolis, Indiana. Dorothy Wilson Buckhanan was elected 26th Central Regional Director at the 68th Central Regional Conference in Chicago, Illinois. Program implementation, membership retention and increased sisterly relations were the hallmarks of Dorothy Buckhanan’s regional administration. From the beginning of her tenure, she used her extensive leadership and marketing skills to help refine the region’s image as the Competent, Confident and Classy Central Region. All aspects of the region’s internal and external communications, including its newsletter the Ivy Atlas, reflected this hard working, elegant image. She also encouraged membership growth by chartering five graduate chapters which included the largest graduate chapter chartered in sorority history — Chi Omega Omega Chapter–with 101 members.

During her term in office she set a new standard for productive, creative, well attended and inclusive, regional conferences. She presided efficiently over the 69th, 70th, 71st, and 72nd meetings. A number of innovations were initiated, including the Community Outreach Project, Regional Gala, EAF Breakfast, and Legacy Breakfast/Luncheon. 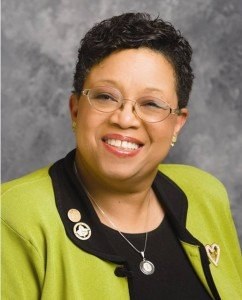 Pamela Bates Porch, was elected the 27th Central Regional Director at the 72nd Central Regional Conference in Chicago, Illinois. The hallmark of her administration was strong effective communication with members of the region. Her administration focused on the Reclamation and Retention of Members, Effective Chapter Standards and Operations, Sisterly Relations, and Mentoring and Modeling for Undergraduates, with a strong focus on service in the local community. Sisterly relation campaigns such as the Central Regional Sisterhood Day and the Ivy Strong Campaign strengthened the resolve of members to serve the sorority. Making the relationship with chapters paramount by speaking to the membership in real time, cultivating relationships and developing emerging leaders in Central Region was the premier focus. Her administration was instrumental in developing action plans for the successful return of undergraduate chapters Tau, Gamma, and Mu Rho. Additionally, during her tenure the largest reactivation of membership was manifest during the Centennial in 2008. Giselé M. Casanova presided over four record-breaking Central Regional Conferences where she utilized technology to increase the availability/accessibility of information. She introduced the first Central Region “app” that gave real-time updates and information about the conference and its events. Kathy Walker Steele was elected 29th Central Regional Director at the 80th Central Regional Conference of Alpha Kappa Alpha Sorority, Inc., held in Chicago, IL, in March 2014. She was re-elected to serve a second term in 2016 and concluded her service as regional director in July 2018.

During her administration, the Central Region enjoyed its first digital magazine, the “CONNECT.” Green Initiatives were apparent with the Chapter Files Archiving System and the electronic submission of award entries. Webinars were hosted for chapter basilei and graduate advisors for training and information dissemination. Regional conference expenses were reduced through the purchase of regional assets. In addition, the Kathy Walker Steele Endowment Fund was capitalized within six months of her assuming office — a first for the Central Region.

An energetic, fiscally conscious, and goal-driven director, Kathy Walker Steele approached her duties with her pragmatic flair for problem-solving and program development, which resulted in measured successes and improvements within the region. Under her leadership, the region drew a record number of attendees at its annual conferences. The region’s active membership significantly increased. Chapters and members were often highlighted for their accomplishments; and successfully launched programs and services that benefitted thousands of recipients throughout the eight states which comprise the Central Region. An effective communicator, Kathy sought to be fair-minded and approachable throughout her tenure. She aligned her guiding strategies with the overarching purpose of the Sisterly Relations Committee, so much so that she came to be known as the Sisterly Relations Soror.

Ever dedicated to ensuring the sorority is at the forefront of its mission, Kathy is unwavering in her commitment to serving humanity through the articulated mission of Alpha Kappa Alpha Sorority, Incorporated.