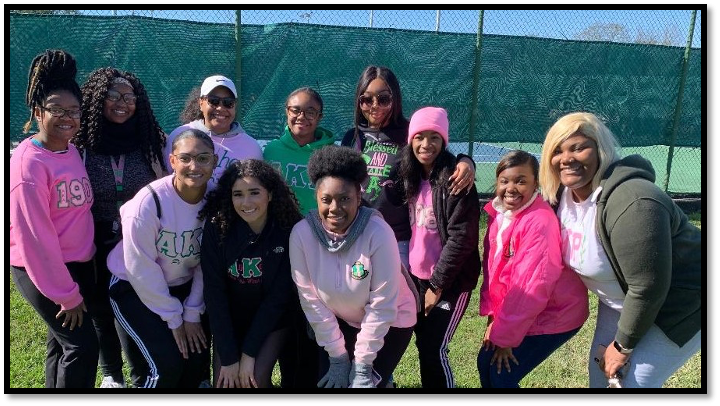 For the past 28 years, Pi Rho Chapter continues to be well respected, on Spring Hill Campus, by all the white Greek-letter organizations. The Chapter is small, currently with only twelve (12) members, but diligent in completing the National Targets and local Programs. The 2019-2020 school year has been a busy year. The Chapter was recognized as Greek Sorority Chapter of the Year. One of our members became a published Author with her children's book "I Lost My Shoe, What Do I Do!" by Candace Coleman (a 2020 graduating senior). The Vice President, Dionte Rudolph, was elected Student Government Association Vice President for the 2020-2021 school year. They participated in the MLK Day of Service and March, served on the Campus NPC, sponsored a Game Night (proceeds supported a local Children's home), and invited the other organizations on campus to participate. They provided food for the local children's home and assisted with food distribution as part of the Program. They sponsored a workshop in partnership with the Health Department on "Date Rape," "Signs and Symptoms of Transmitted Diseases", and "Eating Healthy and Exercising." They also had a relaxing evening with a Paint Party.

This Chapter continues to be an example of hard work and Service to all Mankind. 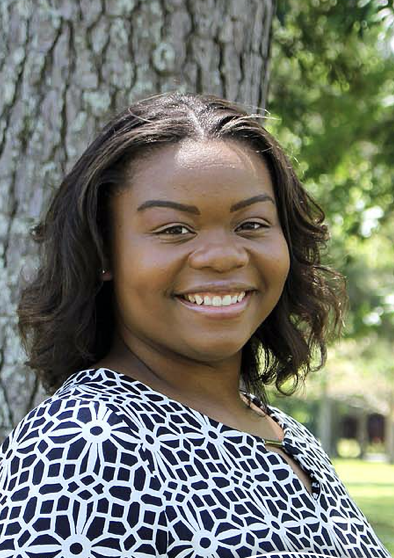 Montgomery, Ala.—Huntingdon College Class of 2020 graduate Justala Faith Simpson of Montgomery was honored with the College’s prestigious Algernon Sydney Sullivan Award in May.

The award is presented annually to a Huntingdon College senior whom the College believes exemplifies the definition of “nobility of character” as established by the Sullivan Foundation: “…we reserve the word ‘noble’ carefully for those whose greatness is not spent in their own interests; … for one who goes outside the narrow circle of self-interest and begins to spend themselves for the interest of mankind.” According to the Foundation, the recipient should possess “fine spiritual qualities, practically applied to daily living” such that the “spiritual standard of the institution may be judged by the character of the person to whom the award is made.”

Simpson is a local and denominational leader in the African Methodist Episcopal Zion Church, serving as the youth liaison on the planning committee for General Conference 2020 and as youth president of the AMEZ Church. She also served on the planning committee for the denomination-wide Midwinter Gathering for Christian Education for Youth and Young Adults.

The daughter of two pastors, The Reverends Harold and Lessie Simpson, Justala also feels called to ministry as her vocation. She will enter seminary study at Candler School of Theology at Emory University this fall, where she received a full-tuition Presidential Scholarship to continue her education, discernment, and development as a leader in the Church.

The Algernon Sydney Sullivan Award and Mary Mildred Sullivan Award are presented annually to a student and non-student member of the Huntingdon College community, respectively, and are supported by the Algernon Sydney Sullivan Foundation. The Foundation provides the awards to approximately 70 colleges and and universities in the American South each year. The awards have been given since 1890 and were first presented by the membership of the New York Southern Society, including U.S. President Grover Cleveland.