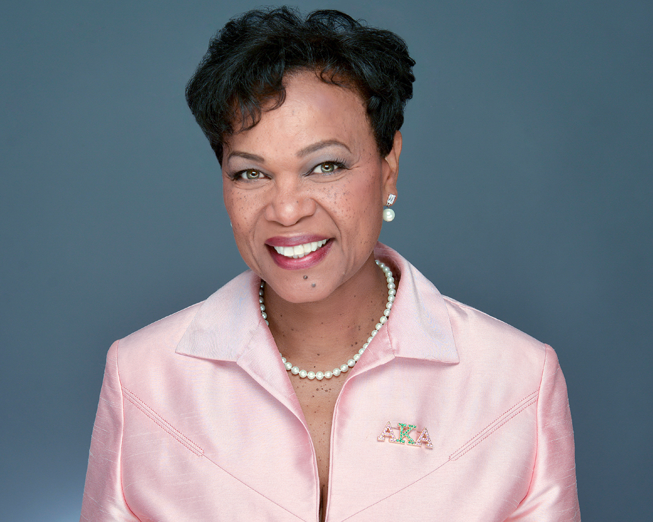 Mary is a former Basileus and Cluster Coordinator. She has served her chapter on several committees. Most recently she served as the North Atlantic Region’s representative on the International Sisterly Relations Committee. She was awarded Basileus of the Year. Under her leadership, her chapter received the Chapter of The Year award. They also received the Region’s Leadership award three times during her four-year term. Other awards Mary has received include the Cluster IV Founder’s Day Lifetime Achievement Award, American Red Cross Service Award, The Port Authority of NY & NJ Black Employee’s Community Service Award, The Central New Jersey Delta Sigma Theta Community Service Award, The Omicron Omicron Zeta Chapter of Zeta Phi Beta Sorority Community Service Award and the North Atlantic Region Cluster IV EAF Award for Excellence. Most recently, Mary was honored by the Montclair, New Jersey Branch of the NAACP with their Julian Bond Community Service Award. Additionally, she was honored by ASAH; an association of agencies and schools that serve children with special needs, as 2018 Humanitarian of the Year

Mary is the founder and Executive Director of the Sickle Cell Association of New Jersey; an agency dedicated to improving conditions for individuals living with sickle cell disease. She several boards and holds memberships in numerous professional organizations including serving as Vice President of the Board of Directors for the Newark Boys Chorus School and as National Secretary on the Sickle Cell Disease Association of America’s Executive Leadership Council. Mary and her husband, psychologist Dr. Ansley LaMar, founded SuperKidz Kamp in 1997. It is a residential camp program dedicated to the belief that all children are gifted and talented. They are the proud parents of Hunter, a talented musician, and graduate of the Berklee College of Music in Boston.