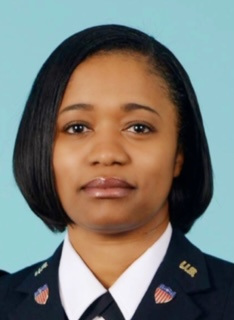 FEW recognizes a service member from each branch of service that support and promote diversity, equality and the advancement of women in their respective services. Soror Naomi S. Johnson was selected as the U.S. Army’s recipient for exceptional dedication to implementing changes to make the U.S. Army better. As a policy officer and later the Chief of Army Command Policy, she is the subject matter expert for religious accommodations and the integration of women into combat arms occupations previously restricted to women. In this position she interface frequently with members of Congress, Office of the Secretary of Defense, Army Senior Leaders, and Sister Services on the Army profession. Most notably, she is the Army’s representative to the Defense Advisory Committee for Women in the Service representing more than 170,000 female Soldiers. Soror Johnson was initiated into Iota Phi Chapter at the University of Alabama at Birmingham in 2001 and currently is a member of Psi Rho Omega Chapter, Loudoun County, VA.