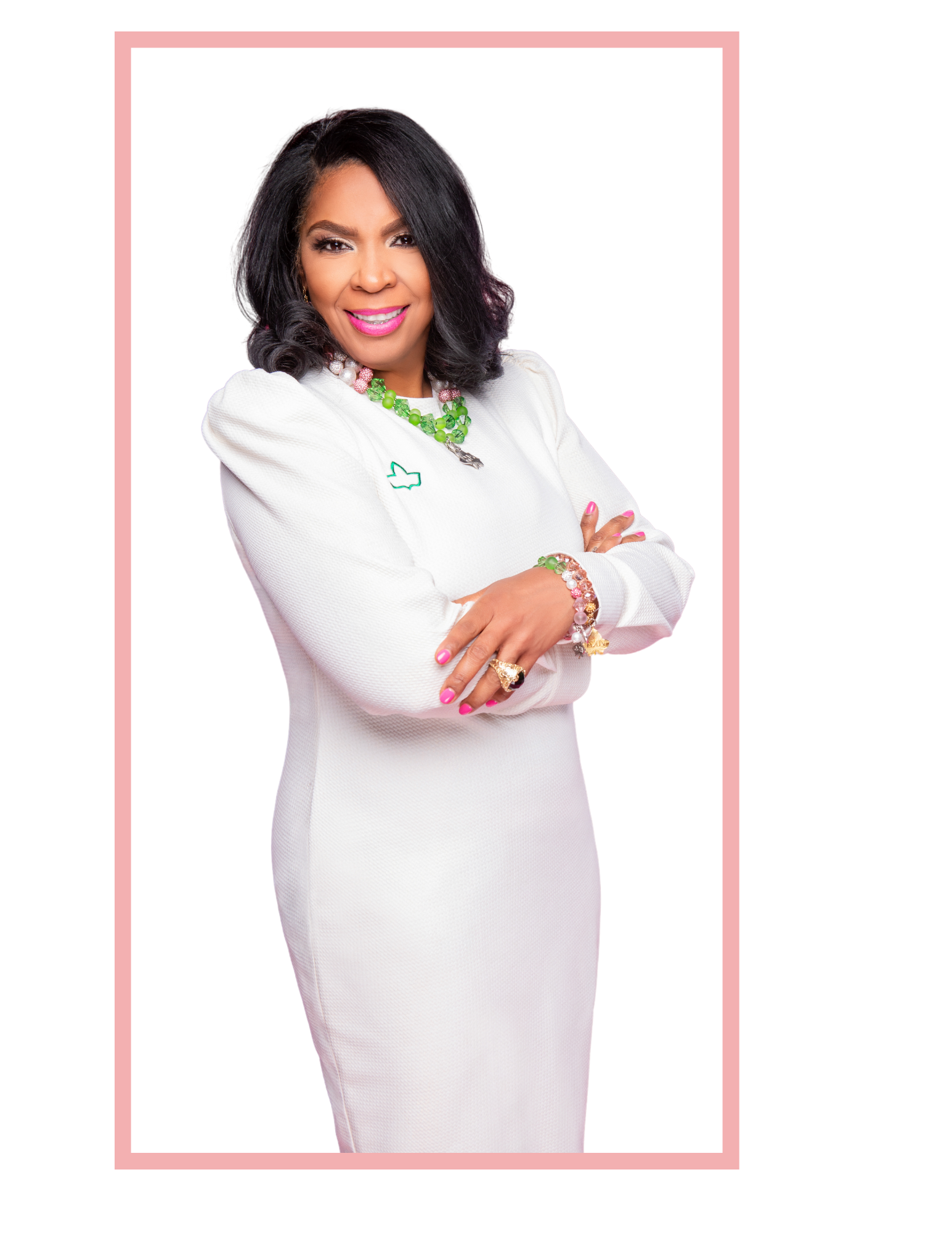 Carrie J. Clark was initiated into Xi Chapter at Eastern Michigan University in 1987. Carrie is a proud life member and a Silver Star with 33 years of committed service to Alpha Kappa Alpha Sorority, Incorporated®. Carrie transitioned from undergrad into Lambda Pi Omega Chapter, Det., Michigan and have been a dedicated member ever since. She has held many leadership positions within the Sorority. On the local level, to name a few, Carrie has served as President, Vice President, Historian, Member Liaison, Ivy Leaf Reporter and Parliamentarian. Also, she has served on numerous committees as either a Chairman or member including the 2008 Metropolitan Chapters Centennial Founders’ Day celebration, Art in the Park and Lambda Pi Omega’s Fabulous at Forty Anniversary which was celebrated in September 2017. On the Regional level, she served on the Centennial Committee, Programs Committee and as the 2003 Michigan Cluster Chairman and the General Chairman of the 81st Great Lakes Regional Conference in 2012. Lastly, on the International level, Carrie served on the Heritage Committee, International Membership Committee and on the Undergraduate Transition Taskforce.

Professionally, Carrie is the Director of the IT Project Management Office (PMO) for the nationally recognized Henry Ford Health System (HFHS), located in Detroit, MI where she has a staff of professionals consisting of Sr. Project Managers, Project Analysts, and Construction Project Managers. Prior to HFHS, Carrie has held other key leadership positions such as Quality Assurance Manager, Director of Resource Development and the Enterprise Project Office. Since 1995 she has served as an Adjunct Professor at local universities teaching in the areas of Information Technology, Quality and Project Management.

Over the years, Carrie’s leadership has been very instrumental in helping develop several value-added departments and corporate-wide processes. Other accomplishments she has achieved consist of receiving the DRIVEN Award, the PMO of the Year finalist award and she was awarded the 2015 Michigan Chronicle Women of Excellence. Carrie has achieved a BA and MSA degree and currently is working on her second Master of Science in Health Administration. Carrie has completed several certification programs where she has received credentials as a Project Management Professional (PMP®) from the Project Management Institute (PMI), a Certified Project Manager (CPM) from Xavier University, ITIL Foundations Certification and a Scrum Master Certification from George Washington University. Throughout Carrie’s career, she has been selected to take part as an executive mentor in corporate-wide mentoring programs to help develop others who have a desire to expand their skills in leadership, communications and project management.

Carrie is an active member of Second Ebenezer Church (Detroit), Project Management Institute (Great Lakes Chapter), American Red Heart Association – Go Red Passion Committee, and serves as an Associate with Jack and Jill of America and is a former board member for the Youth Development Commission (YDC).

Carrie is very blessed and thankful to have the support of her beautiful family -- husband, Mark of 25 years of marriage and two handsome sons (Ian Marc Clark and Noah Stone Clark). Mark and Ian are active members of Kappa Alpha Psi Fraternity. Ian graduated from Michigan State University, and Noah is a junior at the University of Toledo.

Carrie is a hard worker, proven leader and believes in rising up to the challenge to carry on the legacy, hope, and dreams of those sheroes who have paved the way for her and future generations to come.