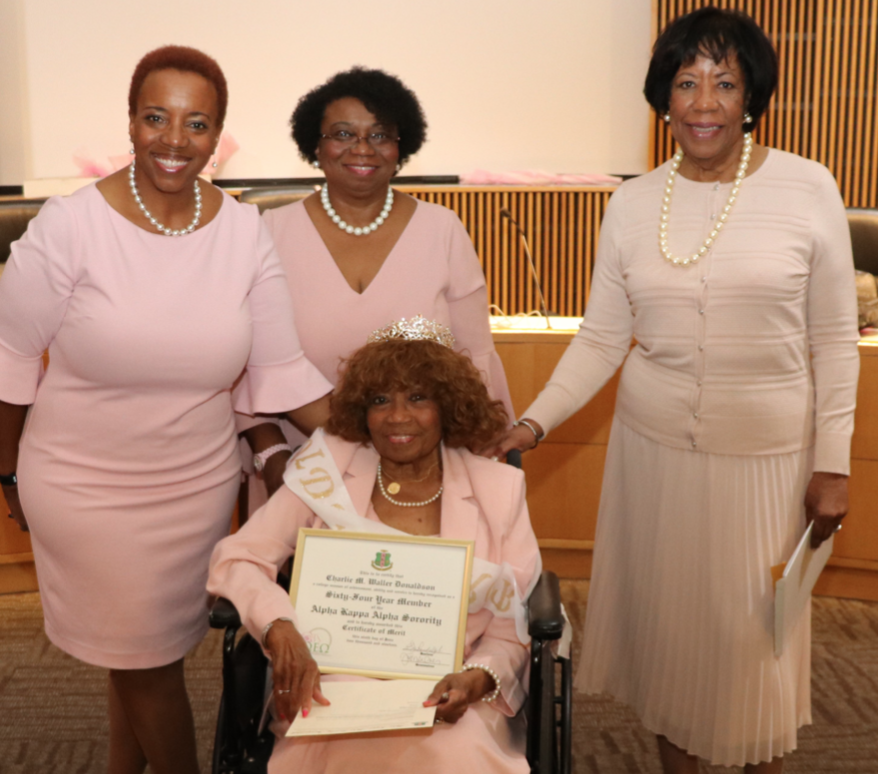 The year that she reached Golden Soror status in her beloved Alpha Kappa Alpha Sorority, Incorporated® was also the year that she lost her beloved husband Richard just shy of 49 years of marriage. Her Silver Star daughters, Kimiko and Carol Donaldson, to present her with a crown, sash and certificate. Chapter President E. Jean Randolph was able to procure her official Golden Member certificate and medallion from the Corporate Office.