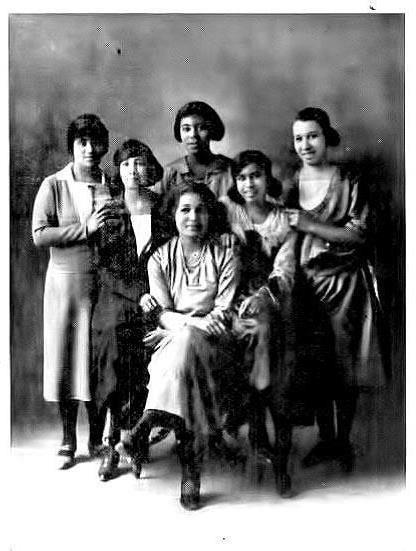 About the Fascinating Far West

Phenomenal, exotic and diverse would paint the broadest, yet most defining brushstroke to describe the fantastic Far Western Region. It is known for earthquakes, volcanoes and giant redwood trees and home to both the historic Hollywood movie industry and the more recent Silicon Valley technology industry.

Alpha Kappa Alpha members who comprise the Far Western Region are a microcosm of the nation and of the organization at large. The region is fantastic, not only because of its unparalleled natural beauty and cutting-edge ideas and achievements, but because of its phenomenally creative and talented members who are well-noted for their avant-garde spirit and accomplishments.

Rho Chapter (University of California, Berkeley) – The Region's First Undergraduate Chapter
The Far Western Region's history began with Ida Louise Jackson, who would ultimately become the only member from the region ever elected as president of Alpha Kappa Alpha Sorority, Inc.

In 1920, Jackson conceived the idea of organizing a chapter on the campus of the University of California, Berkeley for young Black college women. A "club" was formed, and the national Alpha Kappa Alpha office sent Inez Wood Fairfax to organize a chapter in the San Francisco Bay Area. On August 21, 1921, the Far Western Region was established when Rho Chapter was chartered. At its inception, the six chapter members were Coral Johnson, Virginia Stephens, Ruby Jefferson, Oreathial Richardson, Myrtle Price and Ida Louise Jackson, who served as the first president.

In 1929, the region's second graduate chapter, Alpha Nu Omega, was chartered in Oakland, CA. Ida Jackson was a charter member and the chapter's first president. In 1931, both Alpha Omicron Omega, in San Francisco, and Alpha Sigma Omega, in Phoenix, were chartered.