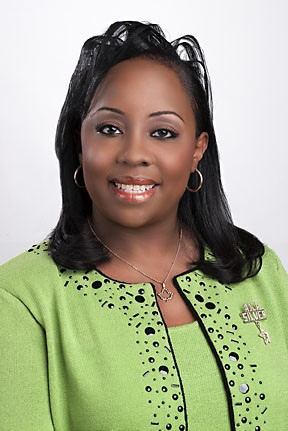 Sonya L. Bowen is the 30th Alpha Kappa Alpha woman to be elected Central Regional Director of Alpha Kappa Alpha Sorority, Incorporated®. A graduate of Purdue University, she received a Bachelor of Science degree in Computer Information Systems in 1990, and a Master of Science degree in Management with a dual option in Finance and Accounting in 1994. She is currently employed by Northwestern University, Department of Neurology as a Senior Research Administrator.

She initiated into Alpha Kappa Alpha Sorority, Inc., Epsilon Rho Chapter- Purdue University on April 6, 1987. Upon graduation, she transferred her membership to Lambda Tau Omega Chapter in Matteson, Illinois. During her 34 years of committed service to our great sisterhood, she has served as President, Vice President, Treasurer, Financial Secretary, Parliamentarian and Membership Chairman. She has also chaired and served on numerous committees. Under her leadership as President of Lambda Tau Omega, “Twenty Pearls Foundation, Incorporated,” a 501(c)3 entity was established and thus she became the inaugural President of the Foundation.

Sonya L. Bowen is the proud daughter of Mr. & Mrs. Charles I. Bowen, Jr. and the God Mother to Paige McClam, Victoria Symoné Lewis, Amoní Ericka Nicole Harris and Amere Deshaun Messai Harris. A Christian and an Alpha Kappa Alpha woman on the go, her motto is “Treat others as you would want them to treat you,” and she truly believes in what is stated in Philippians 4:13, “I can do all things through Christ which strengtheneth me.”